With the rapid development of national infrastructure and real estate, and the rapid rise of national income, stone has become a building material that many large builders and private owners are chasing. The demand for stone has promoted the great leap forward of the stone industry. After nearly 30 years of Development, the current my country's stone industry has gradually stabilized. 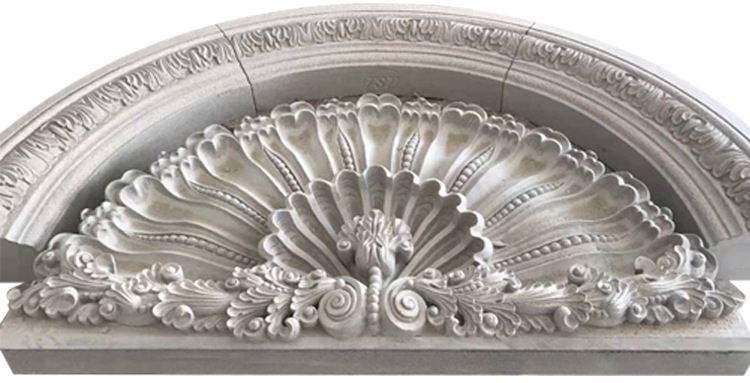 The import volume of stone has declined. The top ten import source countries account for more than 85% of the total import volume.

According to data released by the China Stone Materials Association, in 2010, my country’s stone imports exceeded 10 million tons for the first time, and there was a leap-forward growth with a growth rate of 51.7%; from 2010 to 2014, the output of stone increased year by year, and the output in 2015/2016 was the first The volume of about 3 million tons was reduced, and the import volume in 2017-2019 was maintained at more than 14 million tons, but it was in a downward trend. In 2019, my country imported 14.09 million tons of stone, a year-on-year decrease of 3.49%.

From the perspective of import source countries, India and Turkey are still the top two sources of imported stone in 2019. Portugal has entered the top three for the first time. Stones imported from the top 10 sources accounted for 86.7% of my country's total stone imports, and the top 20 The place of origin accounts for 93.8% of the total imported stone material in my country. Among the top 10 import sources, stone imports from Portugal, Vietnam, and Pakistan have bucked the trend and increased by 53.7%, 72.3%, and 14.7%, respectively.

According to data released by the China Stone Materials Association, my country's stone export scale shrank in 2009 to a level of about 21 million tons, and then the export volume began to fluctuate and increase. In 2017, the export volume reached the maximum of 34.33 million tons in recent years. In 2019, due to changes in the statistical caliber, my country exported 9.69 million tons of stone (excluding 25,174,900), a year-on-year decrease of 9.7%; granite slabs and products accounted for 79.2% of the export share.

From the perspective of export destinations, in 2019, South Korea, Germany and the United States are the three major destinations for my country's stone exports, of which exports to Germany accounted for the highest proportion, reaching 26.4%, and Germany and the United States accounted for 6.6% and 6.4% respectively. In 2019, China’s exports to South Korea and Germany fell by 9.8% and 10.5% year-on-year, respectively. Affected by the US’s dual anti-trade measures on China’s artificial quartz stone and Sino-US trade frictions, China’s stone exports to the United States fell sharply year-on-year, with a drop of 38.8%. .

As a typical mineral resource, stone is divided into marble, granite, sandstone and other categories. There are thousands of colors and varieties. Because of its scarcity, environmental protection, pure naturalness, and high quality, it has always been a large-scale public construction all over the world. Special materials for engineering, mid-to-high-end construction and home decoration . Compared with other building materials, it has less pollution and radiation and is more acceptable to consumers. At the same time, emerging products such as composite stone panels and artificial stones have also been widely recognized by the market in recent years.

In terms of revenue, the market size of China's standard stone industry has increased from CNY 813.2 billion in 2014 to CNY 1271.6 billion in 2019, with a compound annual growth rate of 9.4%. Affected by the epidemic factors, the market size of China's building stone industry is expected to drop by CNY 1.149 billion in 2020. Looking ahead, China's urbanization process will continue to accelerate and driven by it, coupled with the vigorous construction of a large number of infrastructure and construction projects in different regions of China, it is expected The demand for standard stone materials will further increase in the next few years, and the industry market scale will exceed CNY 1.5 trillion by 2025.

As a perfect substitute for stone materials, the ceramic wall panel and ceramic building components like ceramic decorative art lines, ceramic carving board, ceramic cornice line, ceramic window cover possess almost the same features of nature stone, like higher strength, excellent fire proof, excellent sound proof, free maintenance, but with much light weight and much competitive price. I am sure, the ceramic wall panel and related products will be accepted better and better in the following days.